Client was charged with her third DUI. Gus was able to convince the court that the police violated the client’s rights.

Client was charged with DUI, officer’s report indicated that client was driving erratically.

Client was charged with Domestic Battery of a Child, the police report included photos depicting bruising.

As Seen on the News

If you or a loved one has been charged with a crime, you need an experienced  criminal attorney on your side. With over 20 years experience, former prosecutor Gus Kostopoulos will aggressively protect your freedom.

Before becoming a criminal defense attorney, Gus served as an Assistant State’s Attorney.  As a prosecutor he was in charge of a team of prosecutors and handled thousands of cases. Gus uses this experience to help his clients achieve the best possible outcome.

If you’ve been arrested or under investigation in the Chicagoland area, then call our law firm today to find out how we can help. We handle all criminal matters ranging from misdemeanors and DUI, to felonies like sex crimes and homicide. We are available throughout Cook County and Illinois.

After an arrest, you may feel like you’ve lost control of your life. Gus can help you get your life back by protecting your rights and attacking the prosecution’s case against you. Call us 24/7 for a free consultation.

How a Former Prosecutor Protects Your Freedom

Gus prides himself on an aggressive pre-investigation process. His goals is to minimize the charges or get them dismissed altogether. Instead of giving the prosecution time to build a case against you, Gus starts working on your case from the moment you hire him. From day one, he

Have you or a loved one been arrested for domestic violence? Let our attorneys help.

Don’t risk losing your license and livelihood over a DUI. Learn more on how we can help with an aggressive defense.

Even if you are charged with the crime of assault, it does not mean that the state has a legitimate case against you.

We provide an exhaustive legal defense to those accused of retail theft, identity theft, car theft, and burglary and help to minimize punishments they may face.

Prosecutors seek harsh sentences for individuals who use, sell, or manufacture controlled substances. As a former prosecutor I can defend you.

Gus has over 20 years experience defending criminal cases.  If you need assistance with any criminal matter, call us 24/7 for immediate assistance. Don’t speak to the police until you’ve spoken to us. The police are not on your side. They have one goal – get evidence and statements that they can use against you. 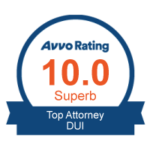 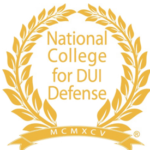 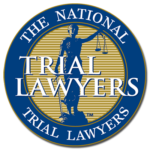 We know that there are many criminal defense lawyers in Dupage County and Cook County, IL to choose from. By calling us, you will have a former prosecutor in your corner.

Don’t settle for less when your liberty, family, and life are on the line. Call Dupage County and Cook County criminal defense attorney Gus Kostopoulos today to discuss your case.

We offer a free consultation and are available 24/7.